Veronica, commonly known as Speedwell or bird’s-eye, is recommended as a reliable garden plant, prized by gardeners, nice-looking and attracting attention for their elegancy.  These long-blooming, easy care perennials show their spiky flowers throughout Spring and Summer and even early Autumn. Their popularity increased during recent years,  due to the introduction of many hybrid cultivars with new colours and improved plant forms. Whether planted at the front, middle or back of the border, their slender wands enliven the garden with colour. Flowers at the base of the inflorescence bloom first, with   subsequent buds opening steadily in an upward  fashion.

It is a surprisingly new Series in Veronica, nicely mounded and well branched. The tall and thick flower spikes show countless individual flowers. The 40cm long stems are extremely sturdy which makes this series an excellent cut flowers as well as a real attractive bouquet filler.

These outstanding, very floriferous, stem topping varieties, combined with the strong and dark green foliage are extremely showy. It are durable plants,  bloomers which colours the garden from late Spring into early Autumn. These thick-spike speedwells exhibit strong habits and excellent flower production throughout the season. 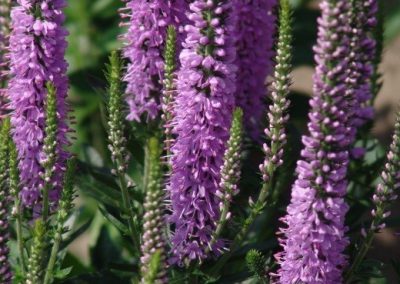 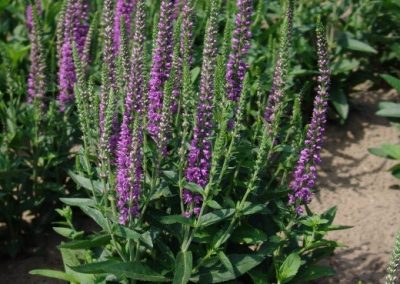 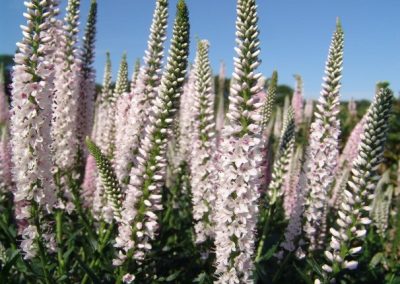 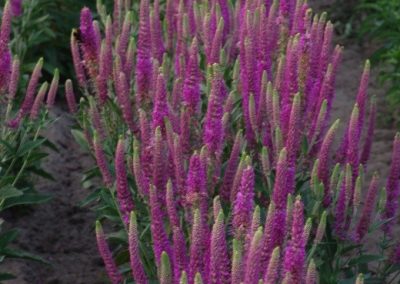 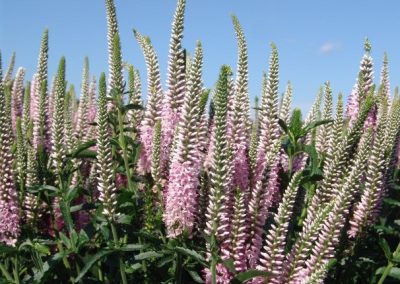 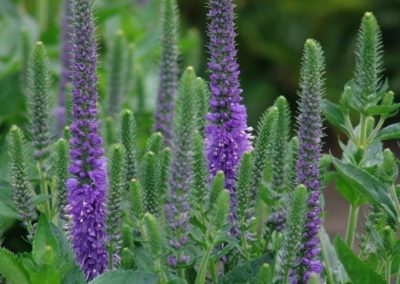 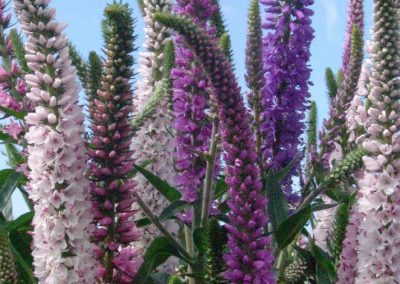 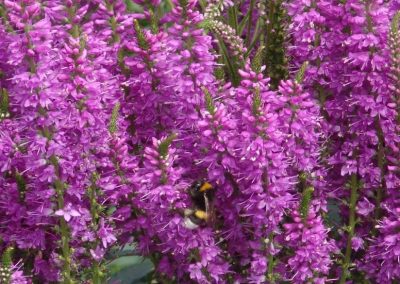